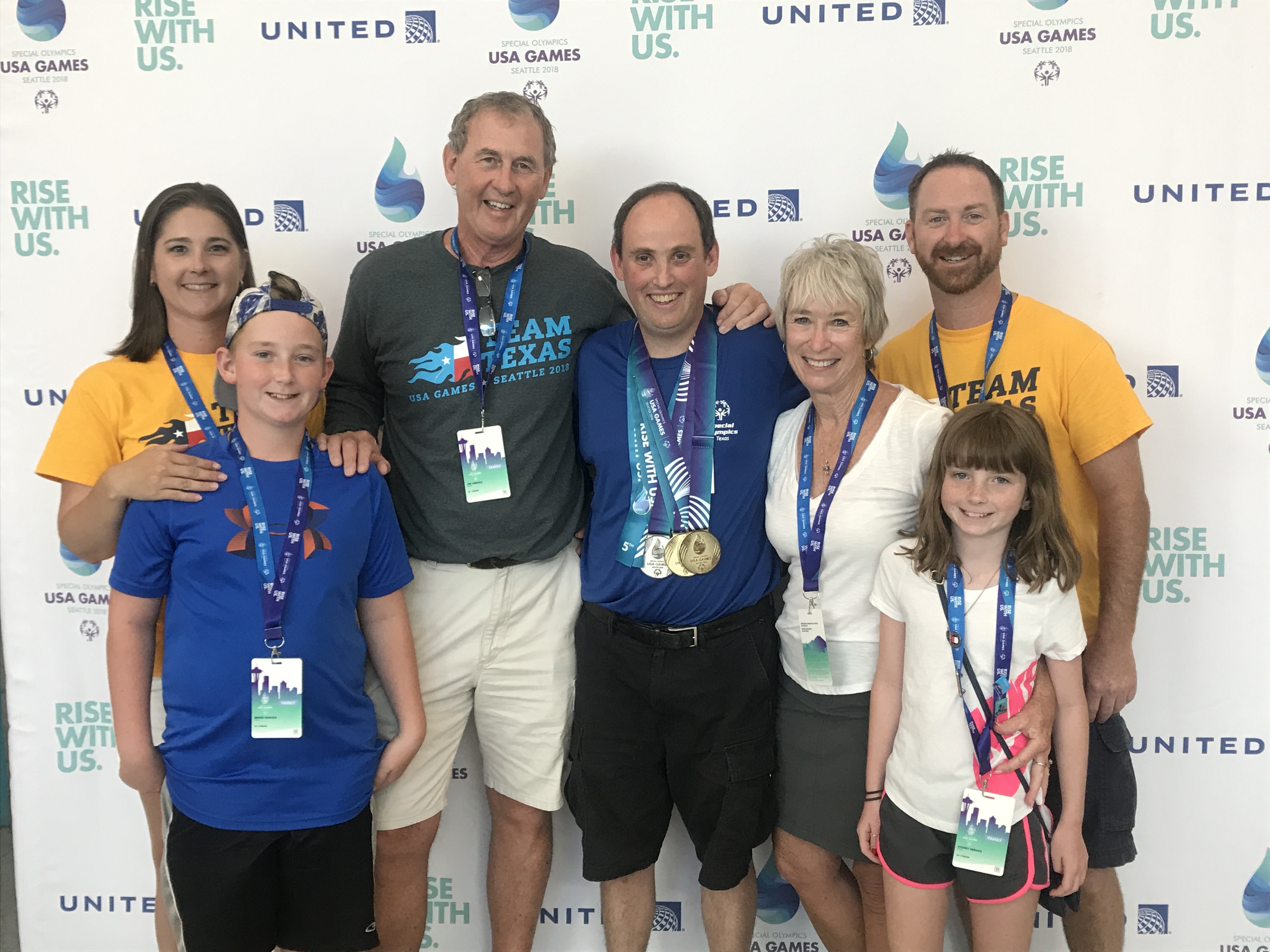 When Zach Hericks walked out onto the pool deck, he wasn’t nervous. He was ready. The crowd buzzed, the voice over the loud speaker clamored out, calling the swimmers to their spots, and Zach’s family watched anxiously, cheering from the stands. For Zach, even though the day represented one of the highest levels of swimming competition in the nation, his cool, calm excitement was evident as he and his fellow competitors approached their starting blocks. On your marks. Get set. And he was off and into the water.

Zach Hericks was one of only 12 swimmers from Texas selected for the National Special Olympics Games in July at the University of Washington. He participated in four swimming events, and through hard work, consistent practice, and an always-optimistic attitude, he took home two gold medals and a silver medal as prizes for his
incredible efforts.

The son of Shelly and Jim Hericks, owners of FabriClean Supply in Dallas, Texas, Zach has been a part of his local swim team of Special Olympians since he graduated high school. The Mac Gators, as the team is called, gather together for an eight week swim season, during which time Zach, in addition to his full-time job at FabriClean Supply, puts in the work to get better at his sport.

And though he’s working hard to become a better swimmer, his team is truly about having a great time together.“His teammates are some of his best friends. They all graduated high school together, and they’ve been together ever since, almost 16 years now,” says Shelly.

As Shelly and Jim reflect back on Nationals, their pride is evident in every word they share about Zach’s success. “It was the experience of a lifetime,” says Shelly, “and it was exciting to say the least! It was so special to see him win those medals. We knew he’d do well, but to get two gold medals and a silver medal, we were absolutely thrilled for him and so very proud.”

In October, Zach will travel to College Station, Texas, for the State Games at Texas A&M University. He’ll practice hard. He’ll prepare. He’ll aim for more medals. But truthfully, Zach says the best part about these events is the people he gets to spend time with and the lifelong friends he makes through the sport.

“I really do love swimming,” he says. “and I love getting to know people. That’s really the fun part.”